With the rise in online shopping, like Amazon, we all receive packages on a daily or weekly basis. Our packages are normally delivered in brown shipping boxes. They look so simple and very uncomplicated! When thinking for shipping your products safely to your customers, the details about the shipping box become more visible. All you need to know about shipping boxes?

Corrugated Fiberboard Boxes, which are referred to as shipping boxes, are made of linerboard on the outside and heavy wavy paper medium, fluted paper between the liners. Both are made of a special kind of heavy paper called containerboard. Board strength will vary depending on the various linerboard and medium combinations.

Product boxes are normally made from Cardboard, while the shipping boxes are made from corrugated board. Cardboard is heavy-duty paper stock, which is used for product boxes like frozen food, supplement, and most of the items you purchased at the supermarket or drug store. Corrugated board is a much stronger board that has two main components: the liner and the medium. The liner is the flat material typically found on the outside surfaces of the board, and the medium, which can be found fluted between the liners. This makes shipping boxes much stronger which survive the long shipping journeys.

There are a number of different fluted boxes, and most common flutes are A, B, C, E, and F. A flute is the largest thickness, which is about 5mm thick, and is the original corrugated box. B flute is about 3.2mm in thickness and very popular choice for die-cut designs. C flute is slightly thicker than B flute, and measure about 4mm in thickness. E and F flutes are the most recent development which measure at 1.6mm and 0.8mm thickness respectively. These profiles are often times used for retail packaging due to their printability that provides superior image quality.

Summery of the five most common flutes:

A-Flute: Appx 33 flutes per foot, 13/64” thick which is the Original corrugated flute design. 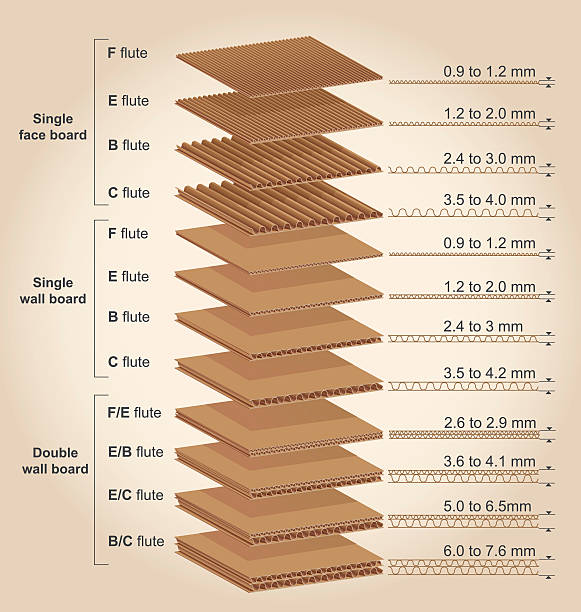 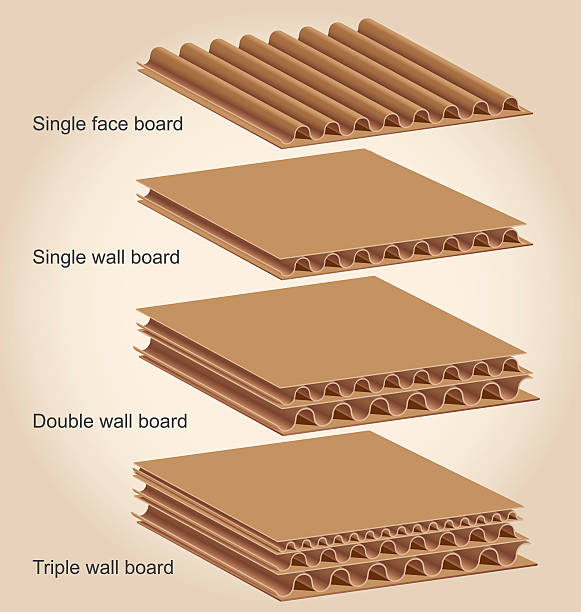 How different strength of corrugated boxes are made? Regular Slotted Container (RSC) is the most commonly style used in the industry and of shipping of products. This style has a glued seam and four flaps on top and bottom to provide two layers of protection at both ends. The flaps are the same size so they meet at the center of the opening. 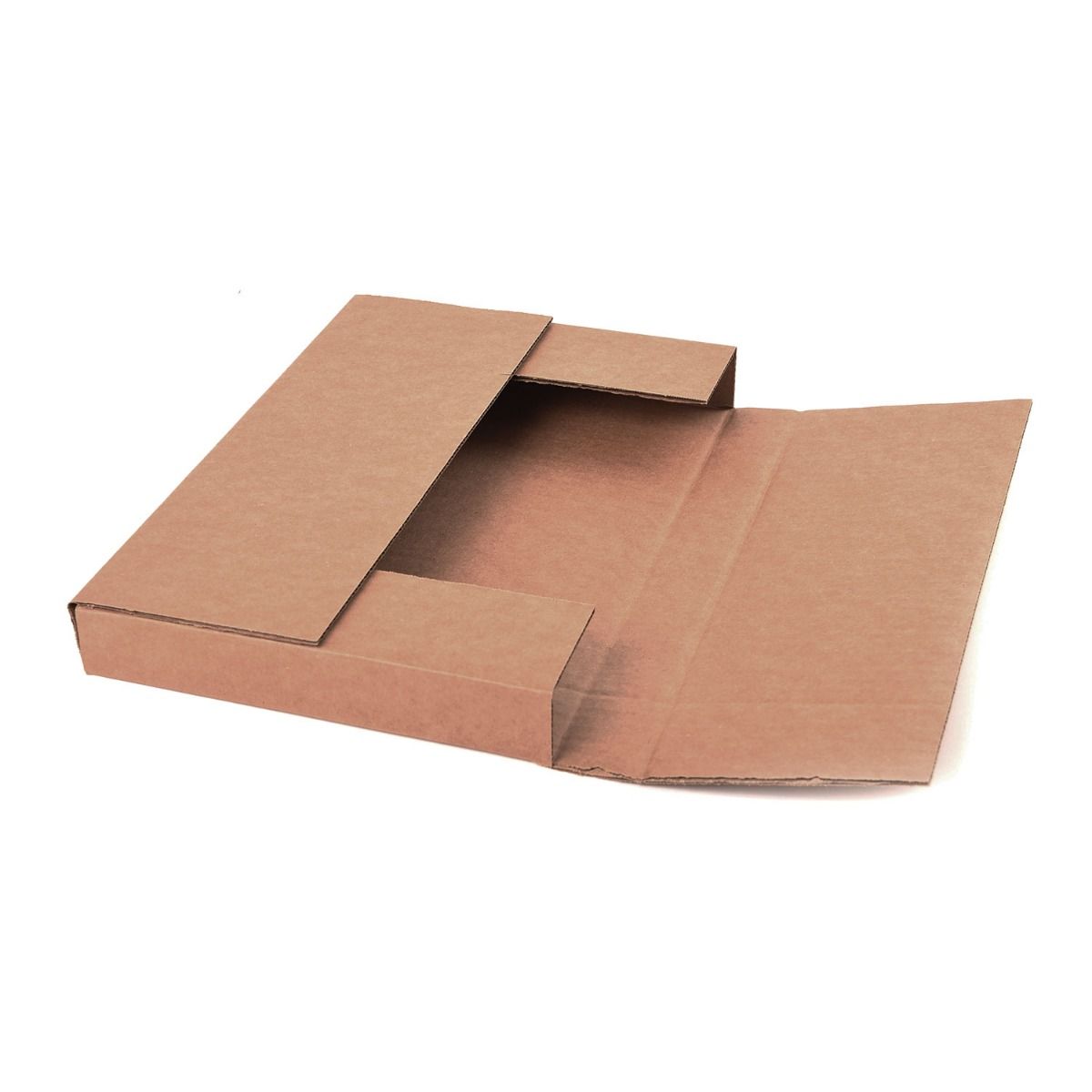 This style of box consists of one piece of corrugated board with creases for easy folding to form the box. This style is perfect for shipping books, printed materials, and items that need a wraparound cardboard for shipping. 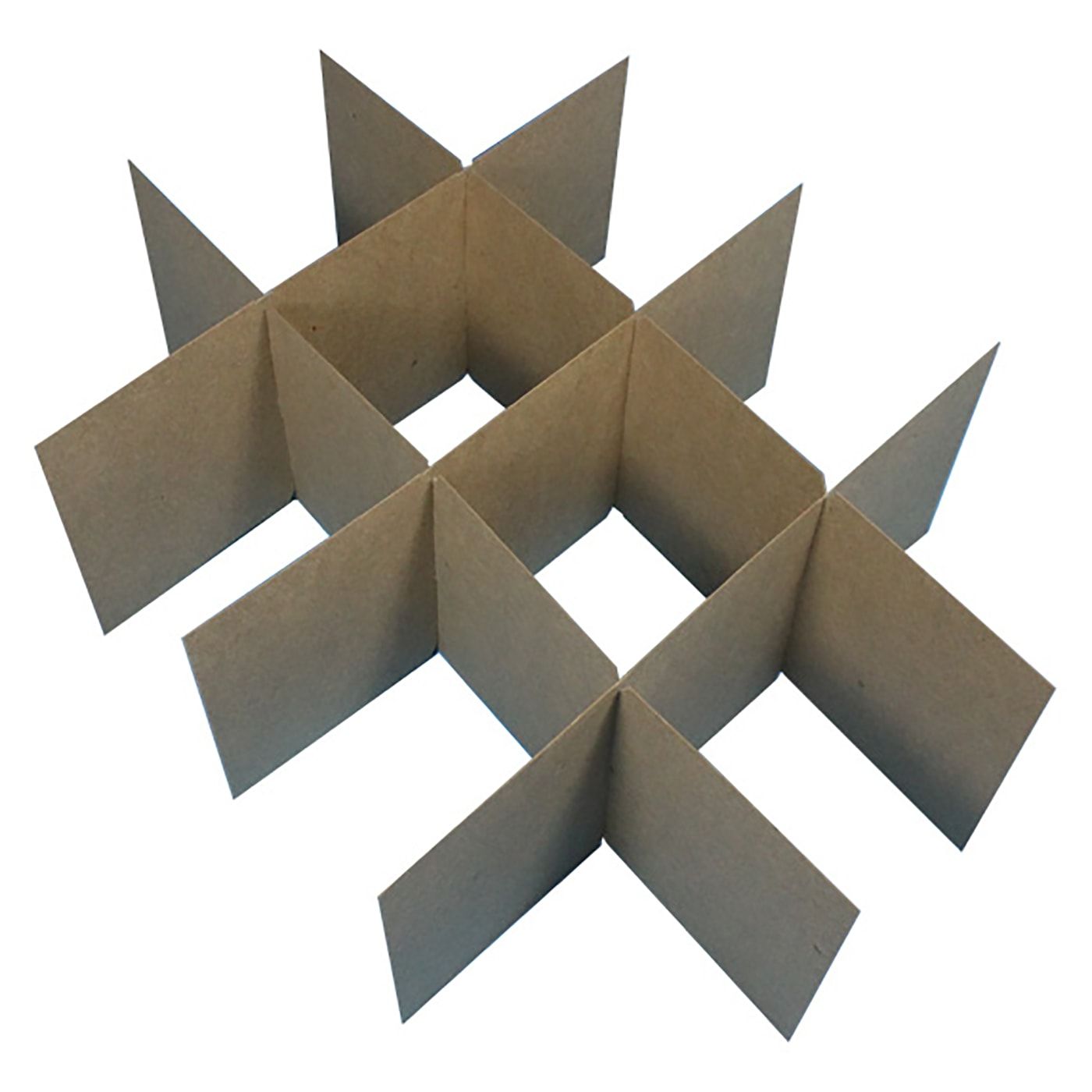 Partitions (or Dividers) provide a separate cell for each item in a box. Primarily used for packaging glassware or other fragile items, or sometimes used as a filler. We also offer Bliss boxes, telescope boxes, folders, custom boxes and corrugated display boxes. Let one of our packaging specialist help you with your project. 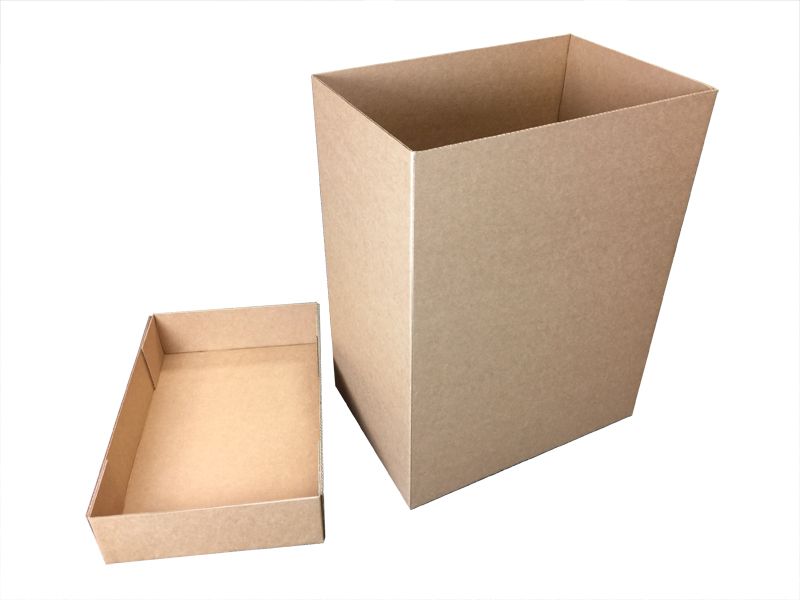 Half Slotted Container (HSC) is like an RSC, but with one flapless, "open" side. This is similar to RSC style, except that two of the flaps on each end fully overlap each other instead of meeting in the middle. This provides more protection at the top and bottom of the box.

HOW TO MEASURE A BOX

Dimensions are always stated in the sequence of Length, Width and Depth (exceptions include book folds, bin boxes and dividers, where the sequence is Width, Length and Depth).

Boxes are generally measured from the inside, with the dimensions referring to the opening of an assembled box. Inside dimensions are used for measuring because the corrugated board thickness may vary. A box constructed of B flute will not have the same outer dimensions as a box made from E flute. When measuring the inside of an existing box, make sure to measure from the center of the score (the crushed fold line).

Outer dimensions may need to be communicated for shipping and pallet configuration purposes. When listing outer dimensions, always include "OD" with the size (e.g., 10"x22"x12" OD).

The Box Maker’s Certificate (BMC) is normally placed on an outside bottom flap. This symbol identifies the manufacturer and provides the specification of the box. The stamp identifies the material and certifies the results of the Mullen Bursting Test or the Edge Crush Test.

The Mullen Bursting Test measures a box’s ability to withstand external or internal forces, and to contain the contents during handling. The test certifies that the box can withstand the stated pressure (lbs. per sq. in.) as applied by a Mullen Tester

The Edge Crush Test measures the amount of force (lbs. per in.) needed to cause compressive failure of an on-edge specimen of corrugated board. The result is a primary factor in determining the compression strength of a completed box.

How much weight can a corrugated box hold?

Corrugated board is an eco-friendly packaging material, comprised of recycled materials like used cardboard carton and old newspapers. In addition, the corrugated cardboard is normally produced without the use of dyes or bleaches, further reducing its footprint and level of recyclability.

What's the difference between burst strength and ECT for a corrugated box?

What's the difference between 200# and 32 ECT shipping boxes?

Although both are recommended for similar weight limits, the 200# board is usually heavier than 32 ECT board, and 200# board boxes are thought to be better suited to the beating that small packages can receive during shipping.

What is the best way to stack boxes on a pallet?

Stack boxes in perfectly aligned columns to maximizes their stacking strength, but an interlocking pattern is commonly preferred for stability.

What other factors, aside from its composition, can affect the strength of a box?

Humidity and moisture can substantially affect the strength and longevity of a corrugated box.